Upko wants to know about 22 action plans on illegals

Penampang: Upko is eager to find out what exactly are the 22 Plans of Action that have been recommended by the Special Lab on Illegal Immigrants to resolve the long-standing issue in Sabah.
Its Sec-Gen Datuk Wilfred Madius Tangau said (Minister in the Prime Minister's Department) Datuk Seri Idris Jala had informed Upko leaders about this during the latter's briefing here recently.

He was not ready to tell us what are those 22 Plans of Action were but promised to do so at a later date. Madius pointed out that even Malaysians from Sarawak and Peninsular Malaysia need to apply for Permanent Residence (PR) status in Sabah, so what more foreigners.

He lauded the keen interest shown by Silam Barisan Nasional Secretary, Kassim Sulaiman, on the problem posed by the large number of illegal immigrants in Sabah as reported in the Daily Express Tuesday.

He said the time for finger-pointing is over and it is time to get the problem fixed, adding no one should politicise nor try to gain political mileage over the problem.
Posted by Roo No comments:

The number of confirmed Influenza A (HINI) cases in Sabah has shot up to 461 as of Tuesday, according to the Health Ministry's Disease Control Division Director, Datuk Dr Hassan Abdul Rahman.

He said the number of deaths from Sabah related to HINI has also increased from two to three.

"Four hundred and sixty-one people have so far tested positive for Influenza A (HINI) in Sabah. And one more death has been reported, totalling three now," he said when contacted, Tuesday evening.

However, details of the death were not immediately known.

Dr Hassan said there are two types of test - Rapid Test and the Real Time Polymerase Chain Reaction (RT-PCR) Test, which is done to detect the Influenza A (H1N1) virus.

Posted by Roo No comments:

Foreign-worker levy in Sabah to be halved 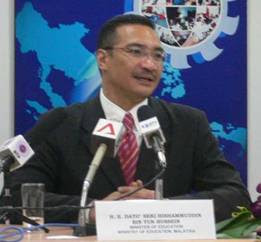 The Home Ministry will reduce the foreign-worker levy in Sabah by 50 per cent from July 1 to Oct 31, said its minister, Datuk Seri Hishammuddin Tun Hussein.

He said the ministry would also give a second chance to employers in the state to register foreign workers who had been working illegally.

"I hope the employers will take advantage of the opportunities. We understand their problems and they should reciprocate in solving the illegal immigrant problems," he said in a statement today.

He said an integrated operation would be carried out to weed out illegal immigrants after the deadline.

"This will enable the authorities to have their data and trace them. Until May 15, the Immigration Department had issued work permits to 20 per cent or 48,477 foreign workers through their respective embassies while the status of 240,260 more workers is still unknown," he said.

On operations against illegal immigrants in Sabah between August and Oct last year, he said 312,837 foreign workers had been registered.
Posted by Roo No comments: 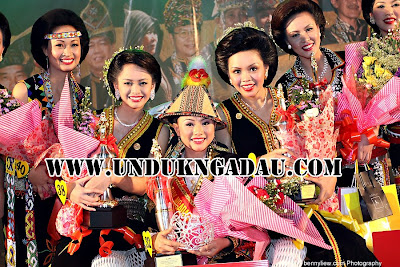 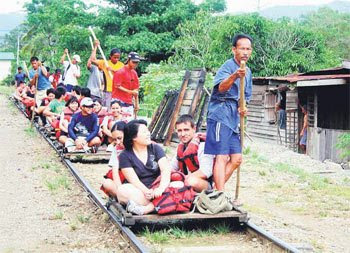 TENOM: For about a year now, homemade trolleys that are manually pushed using long poles have become a regular mode of transport for people who live along the railway track here.

Since the state Railway Department suspended its regular train service last May, the number of trolleys, which are made from planks and car or motorcycle wheel bearings, has gone up.

It's illegal, but the department is keeping its eyes closed for now as the trolleys are a lifeline for those at Pangi and Rayoh, the last two stations before the town here.

A 134km railway line runs from Kota Kinabalu to here via Beaufort.

From here to Beaufort, the track stretches 49km with four stations along the scenic Sungai Padas, namely Pangi, Rayoh, Halogilat and Saliwangan Baru.

The trolleys have existed since the early days of the railway service, which started in 1896. Even when the regular train service was operational, trolleys were used by villagers discreetly.

Villager Antawar Mukak said they used to hide their trolleys in bushes to prevent them from being confiscated by the department.

District officer Faimin Kamin said about 500 people who lived along the rail track were directly affected as well as thousands of others involved in the agricultural sector in the district, which has a population of about 60,000.
Posted by Roo No comments:
Older Posts Home
Subscribe to: Posts (Atom)